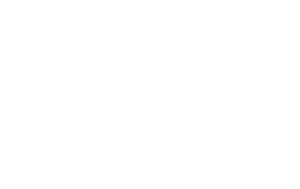 Dr. Scott DesJarlais was raised in rural America, where people value hard work and honesty. Scott’s father was a second generation barber and his mother was a nurse for 44 years at Fort Meade Veterans Hospital.

Growing up, Scott’s first job was shining shoes for 25 cents per shine. From shining shoes, Scott graduated to washing cars at a local dealership and was later promoted to the parts department – a job he kept while working his way through college.

After college, Scott received his medical degree at the University of South Dakota and moved to Tennessee to practice general medicine in Marion County.

A few years ago, Dr. DesJarlais noticed a change in the conversations he was having with his patients. Instead of talking about sports, hunting and family, patients were expressing their concerns over the future of this country. They were worried about jobs, government spending and healthcare.

Scott shared these concerns and even though he had never sought elected office before, he ran for Congress and won against a Democratic incumbent that was backed by the entire Washington liberal establishment.

Since arriving in Washington, Congressman DesJarlais has fought to balance the budget, and reduce the size and scope of the federal government in order to grow and create private sector jobs here at home. Scott makes it a priority to vote for fiscal responsibility and against wasteful spending.  He consistently votes against any proposal that would raise taxes on hard working Tennesseans.

Congressman DesJarlais is a strong supporter of national security and is a member of the House Armed Services Committee where he advocates for our men and women in uniform.  He is also a senior member of the House Agriculture Committee, tirelessly working to protecting the interests of Tennessee farmers.

His independent, conservative efforts led National Journal Magazine to rank him as the fourth most conservative member of the United States House of Representatives and he is consistently recognized as one of President Trump’s earliest and most ardent supporters. President Trump loves to call his friend Scott DesJarlais, “the most beautiful name in politics.”

Additionally, Congressman DesJarlais always receives an “A” rating from the National Rifle Association (NRA) for his 100 percent defense of our Second Amendment Rights.  He is the recipient of many awards including:

Associated Builders and Contractors’ “Champion of the Merit Shop”

Although Dr. DesJarlais spends a lot of his time in our nation’s capital, he makes it a priority to travel back home to Tennessee’s Fourth District as much as possible to listen carefully and cultivate relationships with his constituents. He believes strongly that the path to prosperity will be paved by the ideas and ingenuity of hardworking Americans – not bureaucrats in Washington.

Scott is married to Amy DesJarlais and lives in Sherwood, TN.  They are the proud parents of three children: Tyler – a United States Senate staffer, Ryan – a midshipman at the United States Naval Academy, and Maggie – a student at St. Andrews School. The DesJarlais family is active in the Epiphany Episcopal Church of Sherwood, Tennessee where Amy grew up.